A Gentleman all the Way

An Interview with American jazz trumpeter Wallace Davenport in 1979. Davenport performed with artists such as Count Basie and Ray Charles. 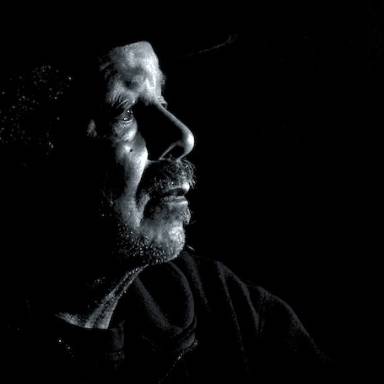 Will Gaines
Back to Interviews
Next
Previous

Wallace played regularly at the New Orleans Jazz and Heritage Festival and the French Quarter Festival. His awards include a plaque from the City of New Orleans for his musical contribution, and lifetime achievement awards from the Preservation Resource Center's African-American Historic Preservation Council, the New Orleans Streets Arts Council and the Ashe Cultural Center.

It's good to be here in London, playing the concert with Lionel Hampton. I’ve worked with Lionel about twelve different times. I did a tour with him—in May we toured Germany and Denmark; then I played with him again in July—we played the Nice Jazz Festival, the North Sea Jazz Festival and the festival here in London. So I went back home, then came back over, and rejoined Lionel for this tour. I like the music; I always liked to play with Lionel.

But, you know, for the last ten years I’ve been playing traditional New Orleans-style jazz: I decided to come back out here again with Lionel, and play something a little different from that style. New Orleans is my home; I was born and raised there, and I came away for about ten years, when I was playing with Count Basie and Lionel Hampton. In 1969 I went back to New Orleans, and to that style of music; now I’ve come out to play some Swing for a while.

When I started, jazz was just about the only kind of music there was around; that was about forty-six or forty-seven years ago, and the modern music as we know it now wasn’t here yet. I started listening to music and playing music when I was seven years old. I’ve played on the riverboats in recent years, but during those years I was playing clubs and jazz dances.

The first time I left Lionel Hampton came through and got me, in 1953. So that was the first band I went away from New Orleans with. And when he went back there with the band in 1969, I stayed. So he took me away from New Orleans, and brought me back again! But since leaving the band, this is my fourth trip with Lionel in Europe. See, I’m not a regular member of his band now this is a band that was put together for this tour. I came over in 1976, and the three times this year. Over the years, other name bands I’ve been with are Basie, Ray Charles, Lloyd Price. Then I’ve played with a lot of blues bands, and a lot of Dixieland bands. Sure, I’ve been through a lot of changing eras; I’ve had to adapt myself a great deal, because music has changed so much.

When the bebop music came out, I was very young, and I was playing that too. In New Orleans, we had a bebop band; we used to copy the records of Dizzy Gillespie and Charlie Parker, and I played that for about four years. By ‘53, when Lionel came, I’d gone into some other jazz styles. Between the Basie and Hampton bands are quite different styles, of course both of ‘em are good bands.

With Lionel, you do have more time to solo; also there are more soloists with Lionel than there are with Basie. Ensemble-wise, Basie is excellent he has good soloists, too, though. I played with Basie two-and-a-half years, and I made about ten albums with the band in that time.

I’ve recorded with both small groups and big bands. I’ve been on several albums with Lionel Hampton, several with Ray Charles although the records that I made with Ray Charles weren’t jazz; they were things like “Ray Charles Sings Country And Western,” Volumes One and Two. I recorded with Lloyd Price; that was a very good ,band, but the records he made featuring his big band never did get to Europe. You heard his hits, but he had some very good musicians in the band—such as Slide Hampton, Al Grey, Jimmy Tyler—a lot of good guys

The big band area is very important in jazz always has been. I don’t know whether all the younger musicians want to play that style, but if there’s a need for it, and if the money’s right, they’ll play it.

As for the infusion of the rock trends into jazz a lot of people in Europe and England are confused about what’s happening with music, period. I’ve talked to some of them, and they seem to like one style of music only; they put the other ones down. Most of the writers and critics are full of crap, and they don’t know what they’re talking about. They’re stupidly narrow-minded. Whereas the musicians’ minds are open. 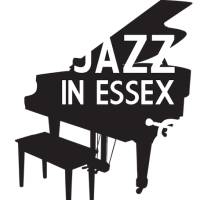